We’ve reached the end of another year and a whole decade to boot, and I’ve been reflecting on how much my life has changed in that time:

It helps to have a bit of perspective because 2019 has been one of the most challenging years I’ve faced in a long time. We’ve mourned the passing of two of my husband’s relatives, and helped my nanna move into a care home. A member of my family was admitted to hospital three times and spent six months as an in-patient, and there’s a question mark over my own health after I temporarily lost vision in my left eye. 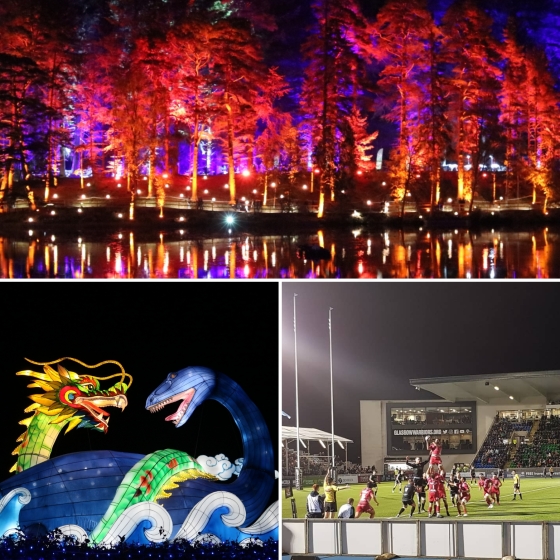 It hasn’t all been bad news though, we’ve enjoyed the RSNO performing the music of Harry Potter, supported our local team at a rugby match, visited the Giant Lanterns of China at Edinburgh Zoo and the Enchanted Forest in Pitlochry to list just a few of the most memorable moments. We’ve both changed jobs, with my husband returning to the NHS after a stint in the private sector and self-employment, and I returned to the front lines of social services after a secondment in a finance driven role. The biggest change is still on the horizon, and all being well, we’ll meet our baby in just a few weeks.

I don’t have any grand plans or ambitions for the next decade and I can’t imagine what 2020 will hold, yet I hope I’ll continue to love, learn, travel and practice gratitude whatever happens. Wishing everyone a very happy New Year. X